Should I Replace Or Repair My Computer?

You know every square inch of your computer, from the keys that seem to stick, to the strange popups that occur every time you reboot. You may have even thrown a few stickers to it over time. It’s become truly a personal computer, especially if it’s a laptop that goes everywhere with you…

However, you’re noticing that it’s taking longer to load sites and you’re getting tired of that rainbow spinning wheel or hourglass telling you “I’m thinking, I’m thinking!” You fear it may be time to replace it for a newer model and you loathe the breaking in period that you go through in resetting your preferences.

Before you decide to pitch the PC, consider a compromise: upgrading what you have, on the inside. Despite the signs that some say point to replacing, we know there’s a lot your laptop or desktop can still do if you simply replace the components inside, for far less.

Here are a few trouble spots, what can be done, and when it may be time to throw in the towel:

My computer is really slow

This one’s a bit tricky and the most common, because slowing speeds can be caused by a few factors: malware, an over abundance of apps and not enough RAM to handle it, or apps that take up an abundance of RAM to operate by themselves, like Adobe graphics or gaming apps.

The RAM capacity in your computer often has room for improvement, and adding a new RAM stick can speed its performance.

When it’s time to time to say goodbye:

My computer gets really hot

You’ll notice this especially if your laptop is making your thighs sweat, or you hear the fan running constantly. Your processor’s limit for temperature will depend on your model, but in general if you’re noticing the heat is out of the norm for your device, there’s something wrong with the hardware designed to cool your processor, or your processor is exceeding its clock speed.

When it’s time to say goodbye:

When it’s time to say goodbye:

Overall we try to help you stretch your budget with your computer’s lifespan, and will be honest with you when we’ve done all we can. As technology constantly advances, other issues like connections that are obsolete, streaming and gaming programs that beg for speed and RAM and the inability to upgrade with the hardware you have may require a complete replacement of your device. In the meantime, stay aware of all of your options and keep your computer maintenanced to lengthen its lifespan and its value. 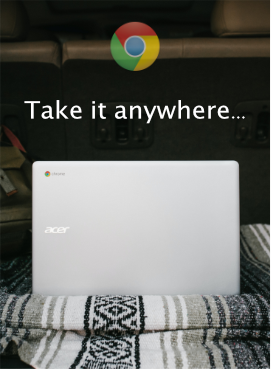